The Sidhe and the Iron Tie: For My Brother 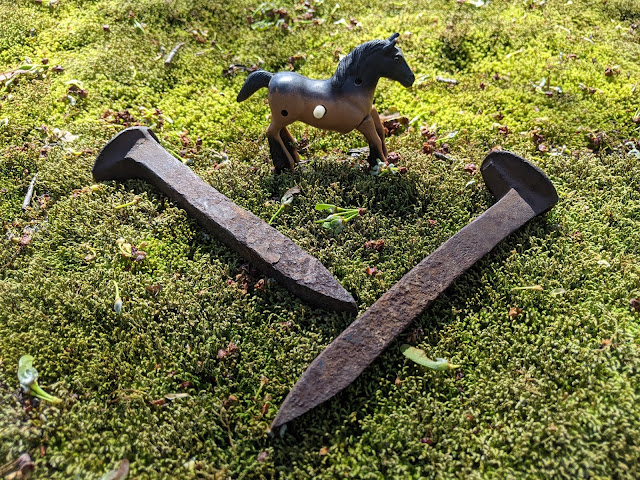 He would have been 50 this month. My brother was just as much of a mischief-maker as I was (am?!). We thrived in it. We met as kids when the first Star Wars film premiered in 1977. When we were teenagers, he tried to “cure” me of my fear of heights by convincing me to jump off a waterfall (thanks for the scar on my chin, you brat). He was a feral creature who climbed to the very tops of the trees and playing with fire was a boring routine. Sure, he’s actually my stepbrother, but he was more family in the true sense of the word than most of my actual blood relatives. Together with our misfit friends, we played Dungeons & Dragons, Vampire: The Masquerade, and read countless comic books together. (Let’s not talk about those late-night drives where speed limits were derided as we sped along on untold adventures.) He was the artist whose talent took people’s breath away and I was the writer. We had a lifetime of creative projects planned, but he was taken from us just as he was deciding what to do in his final year of school at the age of 23. Despite what people say in times of grief, the pain never lessens. My soul is just as sundered as it was the moment I picked up the phone and heard those awful words, “He always loved you, but he’s gone now.” That day, the whole world was off-kilter. It was oppressively hot and black-outs kept happening around the neighborhood. We shut down work early and as I walked across a park, I picked up a broken toy horse that became the centerpiece of the day because it never left my clutching hand. As I walked home with the broken toy horse, two cars nearly hit me simultaneously as they nearly crashed into each other. It now feels like it was a horrid omen.

In the days before the funeral, I began to write a novel in a desperate effort to keep him alive. A work of speculative fiction, it tells the story of outcasts fomenting a rebellion in a futuristic society where mining colonies are throughout the solar system. Sumerian society never collapsed, but became a massive, space-age empire that controlled the resources collected from the asteroid belt and beyond. It explores how religions can be used to manipulate people and tells the tale of the goddess Inanna’s sacred journey to the underworld. It’s an odd, niche book that I hold close to my heart. I know he would’ve loved the cover. It took 23 years to make it a readable novel that could be published, and it dwells out there in the spirit of Dia de los Muertos—a work of art that serves as a memorial (the character Mesilim was based on him).

Days before he died in that terrible accident where an arrogant, reckless man decided to take the ultimate risk behind the wheel, my brother revealed to me in a phone call (you know, the old-fashioned kind that was wired to the wall) that he wanted to drop out of school and become a tattoo artist. He was getting a ton of work doing illustrations for Vampire: The Masquerade and other White Wolf productions and to this day, I occasionally see artwork that’s clearly inspired by his style. He was going to break up with his toxic a-hole of a girlfriend. His iguana had just eaten his best friend’s stash and the usually mean-spirited lizard was a docile, blissed-out zombie for days. (One day they crafted a cardboard city for the little reptilian egoist to crush as a real-life Godzilla.) He told me to watch The Crow with Brandon Lee, and I laughed and said I hated sappy love stories. I was wrong and I never got to tell him that. It was a fucking amazing film and it changed me forever. After all these years, it has carried the tragedy not only of Brandon Lee’s death but also my brother’s.

With all of our D&D knowledge and love for all things mythology and folklore, he teased that I was one of the fae/sidhe. To that end, he collected iron ties from an abandoned railroad track from where he and his friends used to hike and wander and would place them around the house to “banish” me because iron repels the fae, according to legend. Because obviously I’m one of the sidhe. The joke’s on him because I kept those iron ties and they enhance my wild, wily sidhe magic rather than hinder it. All because of his memory…his love…and knowing that I’ll carry him in my heart forever. I love you, you little monster, and I’ll be angry forever that you were gone so young. Your strength provided solace when all seemed lost. 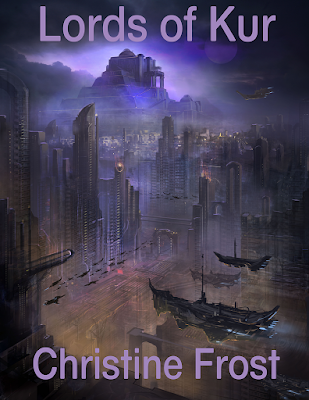 In his memory, I’ve decided to offer Lords of Kur free of charge for the month of May for what would have been his fiftieth birthday. You can find the book here on Smashwords:, or here on Amazon (please note, Amazon only allows free books to be promoted a week at a time, so I’ll be periodically updating the promotion on Amazon. If you don’t see if for free, feel free to ping me, or download the Kindle version from the Smashwords site. 😊). 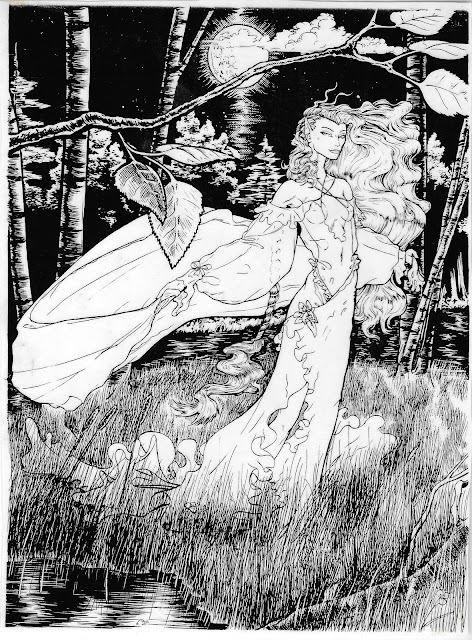 Posted by Christine Frost at 2:10 PM No comments: