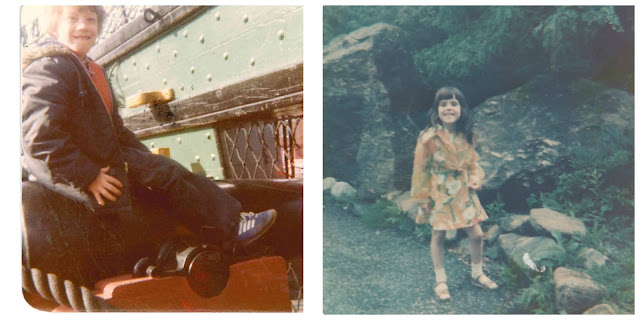 You walked up the stairs with your dad and stood in the hallway. My grandmother’s chihuahua terrified you. You decided to call him Pringles instead of Gringo. “Pringles,” despite the name change, still growled at you and tore at the cuffs of your corduroy pants. You clung to your dad. My grandparents and great-grandmother stood around us, seeing my mom and your dad off on this “first date with the kids.” Curiosity shone in our eyes, but after a brief glance, we stared at the floor with all the attention being focused on our introduction.

We sat quietly on the blue bench seat of my mom’s white Dodge Dart. Car windows still had fins to open and stick your hand out to be pushed by the wind. Back in those days, you could crawl up over the back seat and lay in that flat space under the window, breathing on the glass and drawing with the tip of your finger. The music of the flower children played on the radio.

At the Chinese restaurant, you only ate bread rolls and refused to touch the fried rice or the pork tinged with bright pink dye. The first spark of mischief ignited when we slid under the table together because the adults were taking so damn long with all their flirting and talking. We had no idea the adventure ahead would change our lives.

I was seven and you were six. I loved Doctor Who and Star Trek. I wanted to design space ships that could travel across the galaxy. When words in that yellow font scrolled up the movie screen against the background of space, I sat right up. What followed was that epic battle scene with imperial ships gunning down the rebels. Then came the lady in white with the weird hair-do, like she wore donuts on each side of her head. She didn’t collapse like the damsels we knew. She watched as her homeworld was destroyed, and resolved to fight the empire.

She was funny and stood up to anyone. I loved Uhura, but they rarely seemed to let her off the ship. I had no doubt she’d roll up her sleeves and fight, too, but with Leia, we saw it. She was kick-ass and smart in the way I wanted to be kick-ass and smart. By the time the movie was over, we begged to see it again. Immediately. 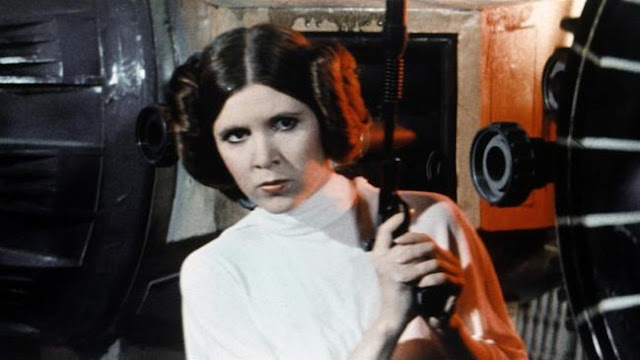 On the way home, we were not quiet. The back seat of the Dodge Dart became the Millennium Falcon, and we were the heroes. As future step-siblings, the foundation for our friendship was laid out. From then on, you encouraged me to the leading heroine in D&D and LARP games. In the years that followed, we sought out others like Uhura and Leia—you, the burgeoning artist, drew all of them, and I started writing the stories for our own worlds that were populated by women who could be admired for their courage, wit, and brilliance. No weeping or swooning allowed.

In June of 1994, you told me to watch The Crow. I told you I don’t watch stupid love stories. A month later you were gone, struck down on a sidewalk and killed by an irresponsible asshole who had no business driving. Your best friend gave me a VHS copy of The Crow. It was a bittersweet way to show me how wrong I was. The film was amazing, and all the more poignant knowing Brandon Lee was gone, too.

Our relationship was bookended by films that changed my life, and you were an integral part of each. You fed my Star Wars dolls to the perpetually barking “Pringles” and I laughed. (Though now when I see how much those dolls are worth, their indignant demise as chew toys is no longer funny.) How many hours did we spend riding our bicycles to go climb trees, or hang out in the colonial-era graveyard across the street, and reach out to our childhood muses?

We had no idea the actress playing Leia was being bullied about her weight, or the other pressures and struggles she coped with over the years. She was more of a heroine in real life than we knew. Like you, Carrie Fisher left us far too soon. The memory of that first date shall remain with me forever, and it gives me solace to know it was a starting point for so many stories that came to be. 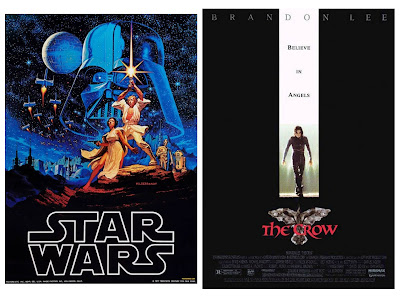 Posted by Christine Frost at 9:01 AM