Five Days of the Cartographer: A Chuck Wendig Writing Challenge 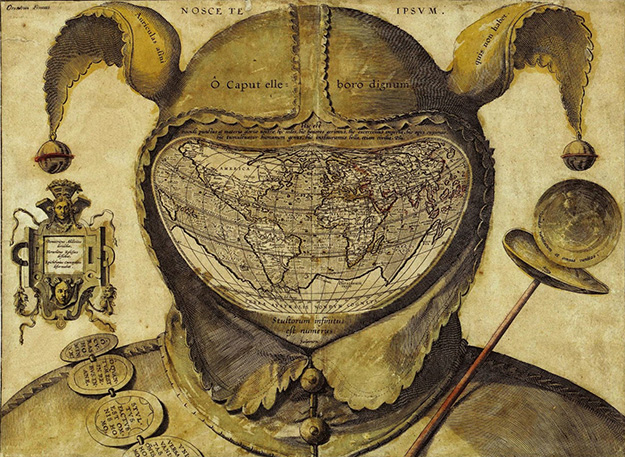 One thing I can say about Chuck Wendig’s weekly writing challenges, is that they give me the opportunity to do a bit of worldbuilding. A series has been brewing for a long time, and with many of these challenges, I’ve had the chance to sketch out the lands, the characters, and ideas for the plot. Kind of distracting for making progress on my fourth novel, but at least it counts to another book in some regard!

And herewith, the new random title challenge, “Five Days of the Cartographer.”

Cal hunched over the parchment and groaned. He stretched his cramped arms and turned his neck side to side, but felt little relief. He held the quill over the map. “Where to put Aurora Bay?” Cal scratched his beard.

He decided to place the bay tantalizingly close to Gallixia’s Shellshard Islands in the northeast corner of the region. The stormy seas north of the islands prevented travel most of the time, but there was always one fool who would venture through it, if the promise of treasure was large enough.

It was almost time to go to market. He had five days to sell the map and return to the ship. He drew cross-hatched lines to indicate the steep cliffs that guarded the coast near Aurora Bay. As the cliffs formed, Cal missed home.

Silkur was but a legend to many people in the Vourae and Gallixian kingdoms. Those who had seen it in person never returned. Their people preferred to be left alone. Though resources were abundant on Silkur, they craved the goods from the kingdoms from the south. And sometimes, people were those goods. Trade was one-sided. Fiefdoms in Silkur were comprised of solitary sorcerers who ruled over small villages of corsairs and fishermen.

When the map was done, Cal dusted the parchment with a fine powder to absorb the excess ink. The powder glowed a faint orange. Cal grinned. With the magic imbued in the map, the plan was set. He prepared to walk to the market.

With the exception of the capital, Silkur had no cities. Cal disdained crowds and his mood darkened as he approached the cartographer’s stall. His tubes and satchels of maps landed on the table with a loud thump.

“And a fine day to you, sir!” shouted the cider-seller across the way. He laughed and waved, and offered Cal a free mug of cider.

Cal hung his head down for a moment to regain his composure. “I’m no actor. How I wound up in this job is a wonder,” he muttered.

When he raised his head, his smile was bright. “Thank you, neighbor. And a gentle reminder, please tell your patrons to be cautious with their cider around my maps. Can’t afford any accidents, now.”

The cider-seller laughed again. “Of course; wouldn’t want anyone to lose their way due to a stain on one of your fine maps.”

Cal’s grin was wry. He waved again and proceeded to organize his wares. If he only knew.
By mid-morning, throngs of people pressed through the corridors of stalls. Hunters, traveling workers, and explorers of all kinds visited the cartographer. The ensorcelled map of Silkur remained under the display table, rolled up and waiting for just the right opportunity.

*****
By the fifth day, Cal was frustrated enough to sell the map to the first curious patron who came along. And luckily, the first customer was the perfect mark.

Rain drizzled on this grey day. The east coast of the Vourae Kingdom was less tropical than the west coast. The rains tended to be lighter and less frequent. Cal ignored his aching knees as he stood, watching a man stroll through the marketplace. The man wore an oil-coated fisherman’s jacket. He looked like a seasoned seafarer—but not too seasoned. Just ambitious enough.

As the man approached the cartographer’s stall, Cal met his eye with enthusiasm. “Hello there! Are you from the Shellshard Islands?”

The man looked surprised. “What gave it away?”

“This coat will last longer than I do.”

“What brings you this far south?” Cal asked.

“Expanding my business. My family fished for scallops and crabs for generations. That’s fine enough, but I don’t want to spend my whole life sailing around the same islands like they did. I love seeing new places, and it’s helped my finances a lot since I started importing goods back home. A lot of this stuff,” the man waved his hand around in the direction of the other stalls, “fetches a fine price in the Shellshards.”

“I bet it does. Say, have you ever been to Silkur?”

The man scoffed. “Close to home, but ever so far away—that’s what my granddad always said. Impossible to get to.”

A scowl descended over the man’s face. “So say the charlatans.” He took a step back from the stall.

Cal held up a hand. “Now, please, hear me out. My maps are all authentic. There’s not a one on this table that I haven’t traveled myself.”

“Including Silkur?” His arms crossed over this chest and he stared Cal down hard.

“Things are changing there, believe it or not. Yes, they’ve been isolationists for ages. Trade with them meant pirates taking what they wanted and returning home. Did you know that along the coast, the supply of fish has been running low? Overfishing, you know. The people of the villages are crying for change. They need to connect with the rest of the world and they know it.”

“They want to trade? With us?”

“Consider what the prospects are if you are one of the first to establish regular trade with Silkur? You could become a titan among merchants! Handle this well, sir, and your fortunes would help your family for generations.”

The man paused. His hand hovered over a pouch hanging from his belt, surely where his coin purse lay.

Take the hook, my fisherman. It took Cal every ounce of willpower not to sneer.

“Yes, I have it right here.” Cal reached under the table and pulled out the tube. He gently pulled out the parchment and unrolled it on the counter. “May I ask your name, sir?”

He man let out a long breath as he stared at the details on the map. Lifting his hand up to hold his chin, he stood and grew increasingly distracted. The orange dust on the map shimmered just a bit—just enough to appear as though the light came from the nearby lantern. “Damon Silversky.”

“Mr. Silversky, I don’t think I have to tell you this is a once-in-a-lifetime chance. I promise you, this map is as authentic as your oilskin coat. Think of the opportunity—The Shellshard Trading Company, founded by Mr. Damon Silversky.”

Cal named his price. High, but not exorbitant. Coin changed hands, and the man with new dreams in his eyes walked away.

Cal sighed happily. “Finally, now I can leave this godsforsaken city. Just enough time to get packed up and off to the boat.”

*****
When Damon Silversky’s ship reached the Ghost Storm Peninsula on the northern edge of the Shellshard Islands, the sunset brightened to fiery shades of orange. Clouds that appeared to be made of soot began to cover the setting sun, swirling too fast for normal clouds.

The first mate approached with the sextant, handing out to him. “You can see land to the northeast! I think we’re close.”

He used the sextant. His heart swelled with ambition. “What do you make of this sky? What storm are we facing?”

“Honestly, I’ve never seen colors like this. Aurora Bay,” the first mate whistled. “That’s what they say about the skies in Silkur. Absolutely otherworldly. The clouds are unusual, but I think we’ll be fine. The winds aren’t very strong.”

Damon stared at the black clouds in wonder. How they moved so fast, yet the swells and wind remained the same, peaceful calm as they had for hours. “Sail on,” he said.

The enveloping night sky delighted the sailors with the varied colors of the northern lights and the clouds that danced around them. The closer they got to the shore, the more amazing the skies became.

Until the lighthouse came into sight. They didn’t notice it at first. The beacon remained dark until they were close to the end of the bay. The beacon’s light flared into a ball of magical light, and the sky went dark.

They were not blessed with starlight nor moonlight. Plunged into the blackest of voids, Damon called for the ship to be stayed.

They waited, tensely listening to the sounds of the gentle waves.

A crescent of fire surrounded the ship. Seven dragonships of Silkur came into view. Ships of legend, the dragonships were massive, each metal dragon’s head at the bow puffing smoke and flame, ready to burn an enemy ship at a warlord’s command.

A voice came from the darkened bow of one of the ships. “You will surrender.” It wasn’t a question.

There was no choice.

As the corsairs boarded the ship en masse, Damon wondered who Cal really was.

Obviously no simple cartographer. The slavers clasped each sailor in chains, and assigned their own to guide the ship home to Silkur behind the dragonships.

A titan among merchants, Cal thought with a sardonic grin, feeling the iron cuffs weigh down his wrists. A titan among fools, more like. If I ever get out of this mess, I’ll hunt down that cartographer and feed him to the god of the kraken.
Posted by Christine Frost at 3:47 PM